Seems like ages since I blogged! I was on a bit of a roll with blogging every week, then I started to find it too much to keep up with from about October onwards. I was ill (not Covid!) in October, and seem to have been playing catch up ever since. LO’s school breakfast club closed in November as they weren’t getting enough children to cover their costs, with the result that I’ve been tearing around as I have to get her to school for the normal start time now before going on to work which involves some split-second timing and assertive driving. I also don’t really like using Flickr to upload photos to the blog, it makes it slightly longer process, which puts me off doing it!

The garden is pretty wet and muddy after a lot of rain in the last couple of months! We haven’t had very much really cold weather at all yet. 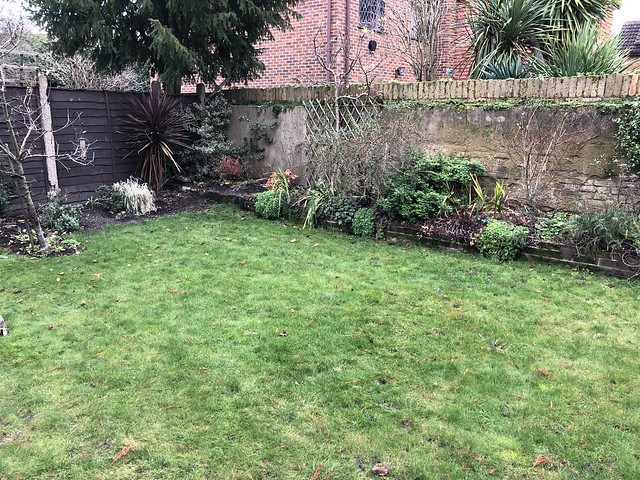 I did manage to get some tidying up done in the borders, and finally finished planting the bulbs I’d bought in September, last week! It was our last garden waste bin collection of the year last week so I wanted to get some clearing up done before that. I did manage to harvest some crops right up to last week, when I picked the last of the raspberries before cutting them down to the ground. The salad is still growing (very very slowly) in the patio containers! 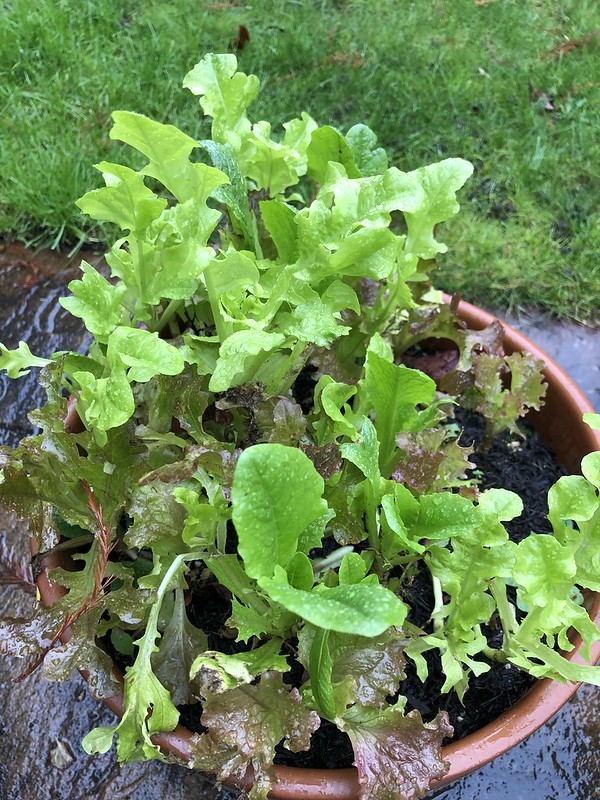 I love the way the Cotoneaster I planted in the corner of the raised bed near the hollies and Nandina, really lights up that area at this time of year with this fiery red. 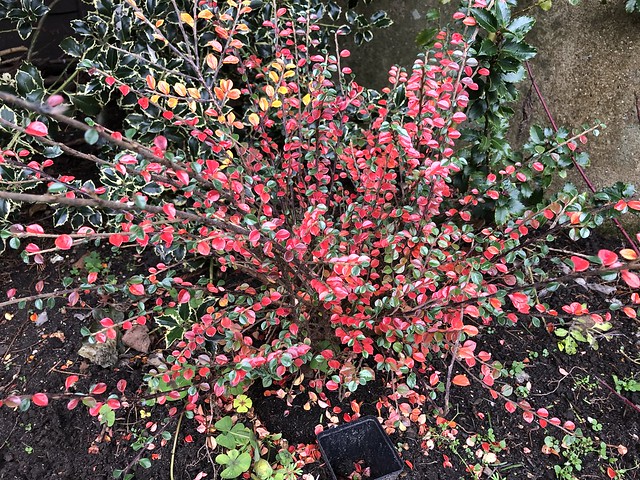 And I was delighted to find some flowers appearing – the Hellebore is normally later than this, appearing in the first months of the year, but I spotted this one emerging. 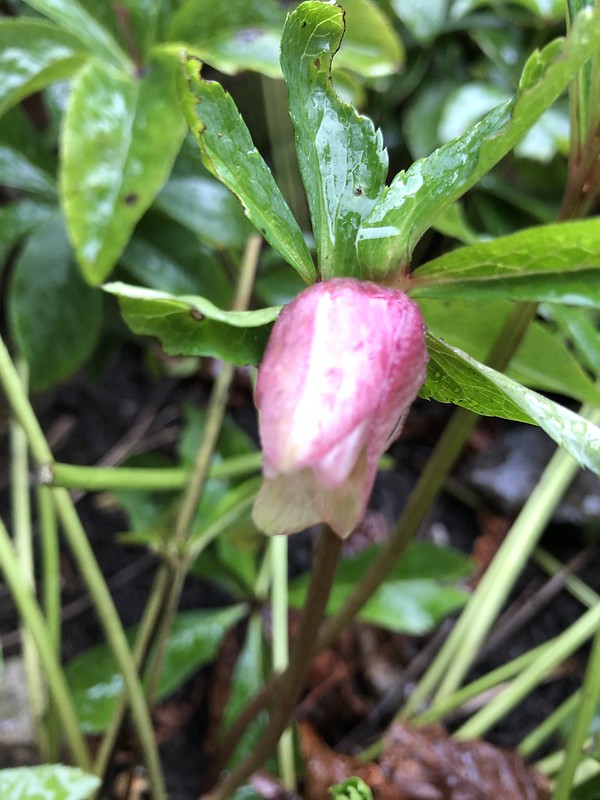 How’s your garden looking this December? We’ve just gone into tier 4, which is effectively lockdown all over again, but I don’t think I’ll be doing much gardening in this one as it’s a bit bleak and soggy outside!

2021 – looking back and looking forward